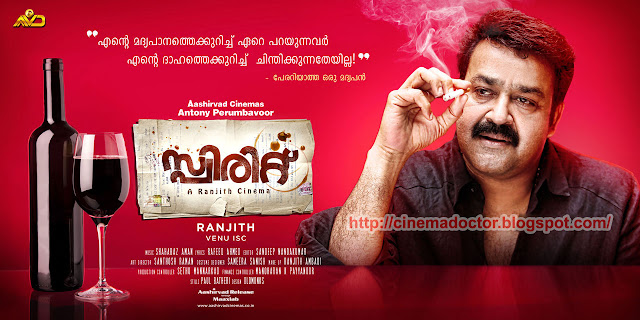 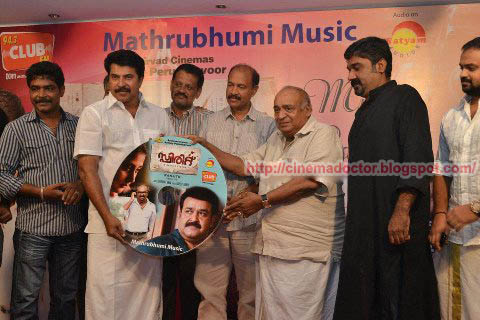 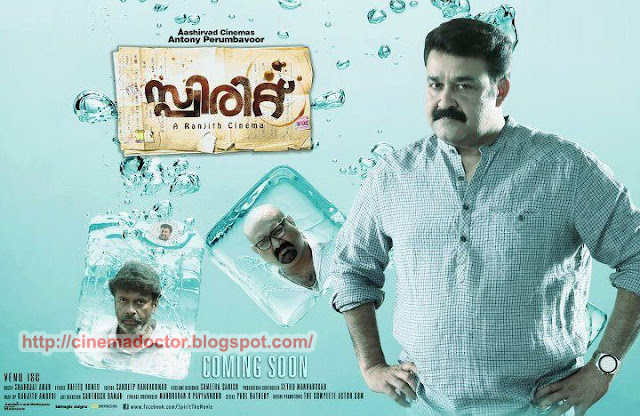 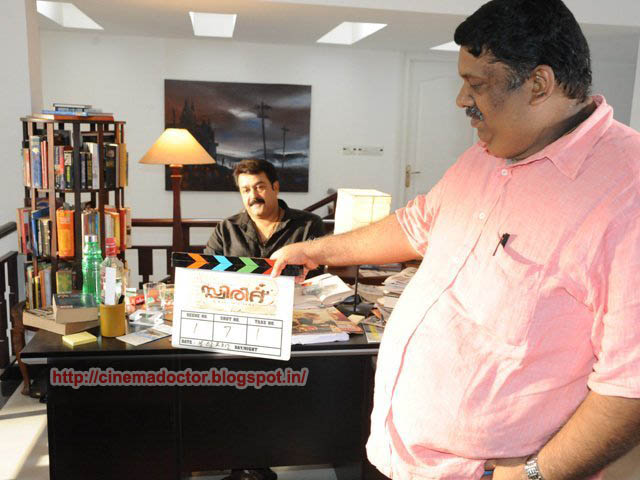 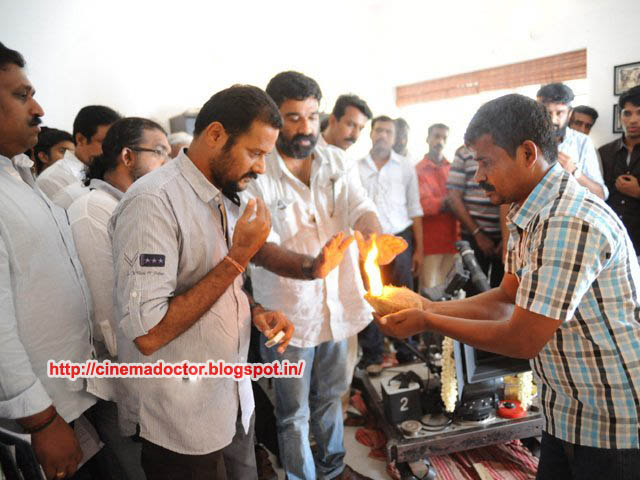 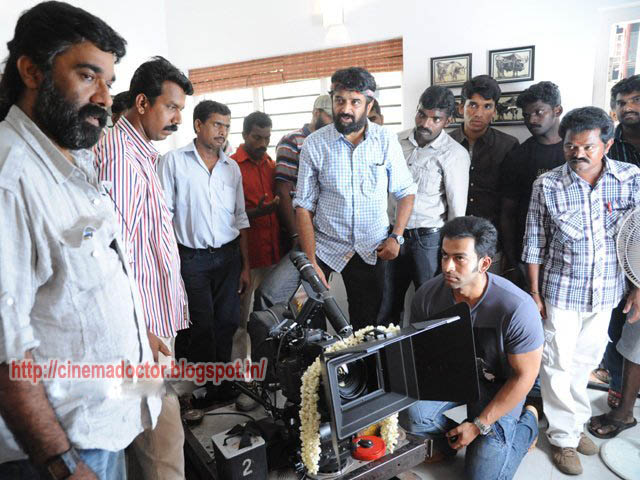 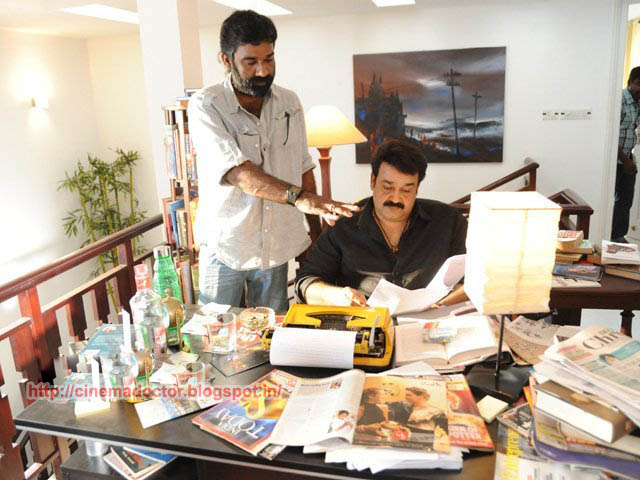 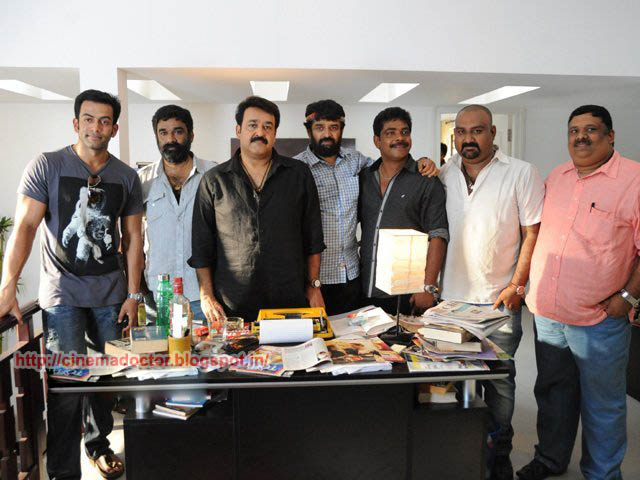 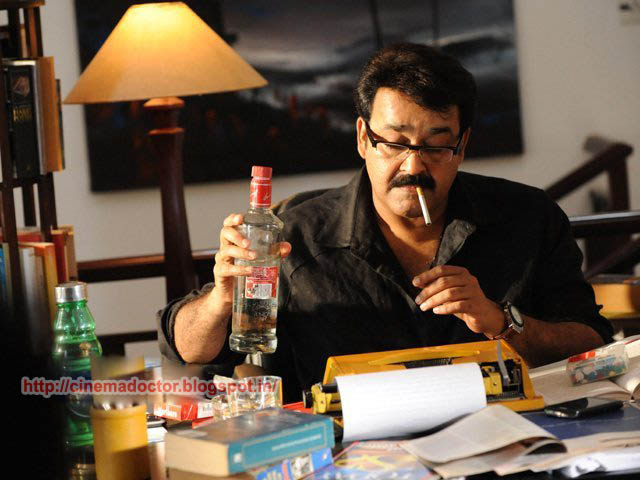 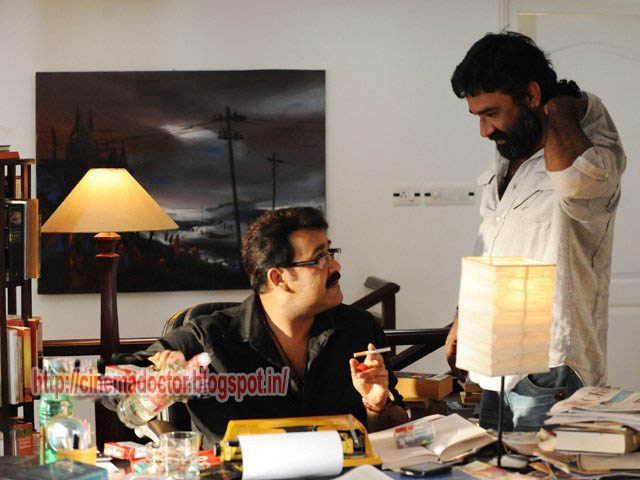 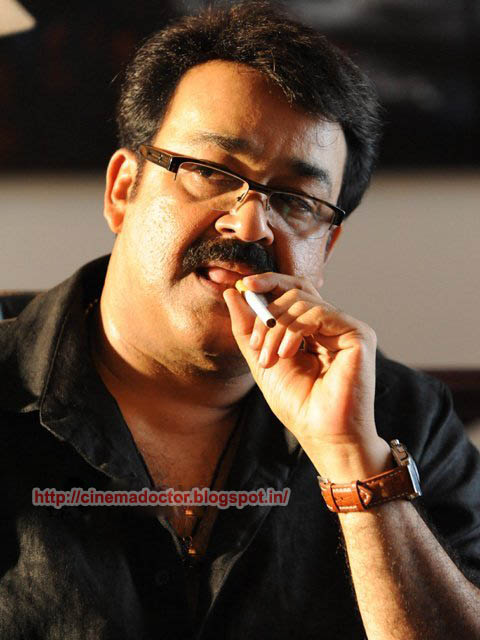 SPIRIT brings Mohanlal and Ranjith together after a long gap. SPIRIT is devoid of the prodigious feats and duels carried out by superhuman characters which are normally associated with Ranjith-Mohanlal team. Instead the movie presents real life situations with more scope for acting rather than for stunts. In fact Ranjith has been coming out with such films for some time now and he has been faithful to the pattern once more.
Reghunandan is an ex-Bank of England employee who resigned his lucrative job because he was bored with the rather sedentary nature of his work. Having lived in different parts of the world as a bank employee, he chose journalism as his next career and worked in different metropolises in India. Not satisfied, he quit the job yet again and is now writing an English novel. He is essentially a loner but loves his pegs and has an expensive collection of vintage drinks at home. Captain Nambiar is his next door friend. So also is Meera and her husband Alex. Strange as it might seem, Meera was once married to Reghunandan.

This is probably one of Mohanlals most powerful roles requiring subtle yet passionate acting and gives him an opportunity to bring out his remarkable talents. Kanika and Sankar Ramakrishnan are the next door couple while Madhu is Captain Nambiar and Nandu plays the role of the plumber Manian. Thilakan has another important role as the work contractor.